Empowering Liberian women with small businesses is really helping them towards sustainability.   Millennium Development Goal 3 is to promote gender equality and empower women.  Provision of Hope is assisting women of all ages to make informed choices concerning their lives and the lives of their children.  We are seeing a remarkable change as our women grow in confidence and are valued by society in their communities.   We are enabling girls to get an education and to “live their dream.”  It is possible! 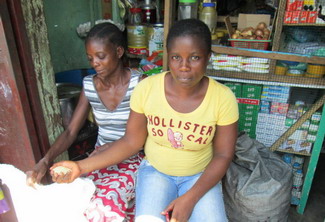 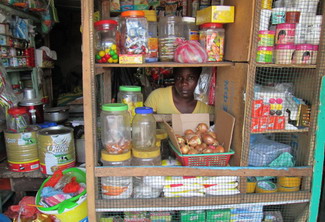 Pauline Smith is graduating from Gr. 12 this year.  We met her for the first time in 2008, selling oranges at a roadside stand.  Since then we have been funding her to school.  Pauline lost both her parents in the war.  Provision of Hope  empowered her with a small business, whereby she pays her rent, food and clothing.  Pauline’s goal is to become a nurse.  We are encouraging her to apply for Nursing School this coming year. 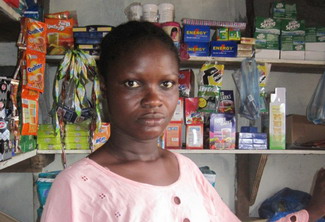 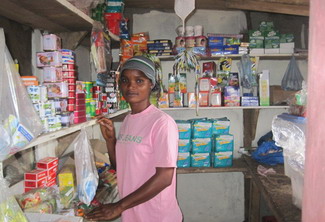 Phebe Williams, above,  and Bernice Williams, on right,  are sisters and rent a shop together to sell their goods.  Phebe and her children were rescued from the slums of West Point.  We helped her settle  into a safe community and put her children to school.   Phebe was reunited with her son Patrick, this past July when Provision of Hope helped to locate him, and bring him back to Liberia.  Today Patrick is excelling in school in Liberia.  Bernice came back to Liberia from the Buduburam Refugee Camp, with her daughter and the two other children she was taking care of.  This business is a big help in sustaining them.  Phebe has her own 3 boys, plus her late brother’s child, Anna, and a young orphan girl Janet, who came with her from the slums.   There is no comparison where they came from to where they are going!! 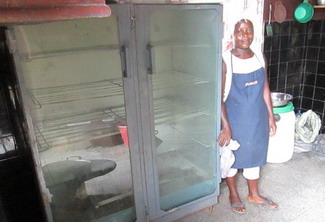 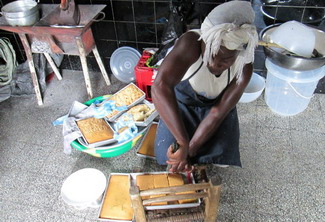 Kebbeh Johnson recently came from the Buduburam Refugee Camp in Ghana.  We helped her transport her oven too.  She makes the best corn bread and sells it at her road side stand.  She also decorates beautiful cakes.  Kebbeh’s dream is to take nurse’s training to become a mid wife.  Kebbeh will often phone me just to say a heartfelt thank you for all we have done for her.  She lives in a nice room, in a quiet community.  Kebbeh is one of my personal prayer sisters.  You should hear this woman pray!  She makes me get shivers.   There is something about her that makes you KNOW, God heard that and He’s going to do something about it.  I love it!!  We have a whole army of these kind of women.  They know how to STAND FIRM. 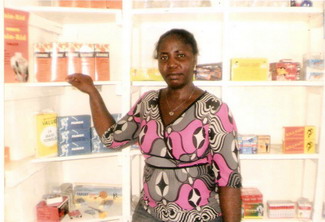 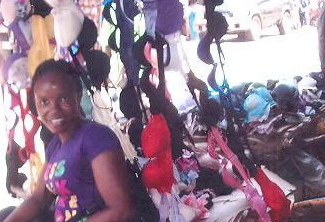 Christiana Young is a pharmacist today running a successful business with her micro loan from Provision of Hope.  We helped her through her schooling.  Grace Decontee Gibson  sells women’s clothing to sustain herself.  She is in her first year of nursing school at the United Methodist University.   I remember back to the year we told her we would fund her high school.  Sumo Gibson, her brother said, “Decontee did not sleep all night, she just could not stop praising God!!”  Decontee was raised an orphan girl, by a very kind widow woman.  Today she can dream about the day she becomes a nurse.

All these women have been empowered because  SOMEONE CARED ENOUGH TO GIVE.

‘Women make up half the world’s population and yet represent a staggering 70% of the world’s poor. We live in a world in which women living in poverty face gross inequalities and injustice from birth to death. From poor education to poor nutrition to vulnerable and low pay employment, the sequence of discrimination that a woman may suffer during her entire life is unacceptable but all too common.’ The Global Poverty Project.

We are changing that as we continue to empower our women.  THANK YOU TO ALL OUR FRIENDS AND PARTNERS WHO HAVE HELPED TO EMPOWER our women in Liberia.  YOU DESERVE THE PRAISE.  I could have added so many more photos!  Each one is so beautiful and so precious.

Many of these women would say, “He raised me from the dust and lifted me from the ash heap”  ” I was a nobody, but today, I have become SOMEBODY”

GOD BLESS EACH AND EVERY ONE OF YOU FOR YOUR FAITHFUL GIVING TO OUR FRIENDS IN LIBERIA.  THEY ARE TRULY GRATEFUL.