What a sad, sad Sunday for Ma Esther and her children.  Their house caught fire and everything burned.  All their clothes, beds, furniture is all burned!  They have nothing.  They are still investigating the fire, to determine the cause.  It was not an electrical fire, the generator was not on.  Ma Esther and the children were outside on the porch.   The coal pots were lit outside.  Suddenly their little 4 yr. old came running to say, “the house is on fire!!!!”  At first they did not believe him, because they saw no smoke.  When they went in to investigate, there was a mattress ablaze, and soon spread to other areas of the house.   Ma Esther had little help because there was a rice distribution going on in town, and that is where the neighbors were.  Andrew her son, was not there either, to help.  The fire soon grew out of control and Ma Esther and the children had no choice but to watch their home go up in smoke.  In Liberia there are no fire trucks to call, and no fire insurance.  Yes, this is a very discouraging day! 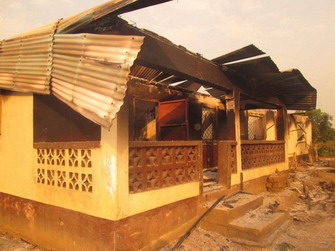 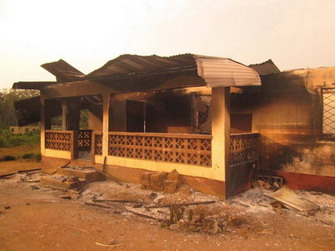 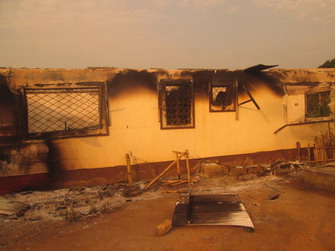 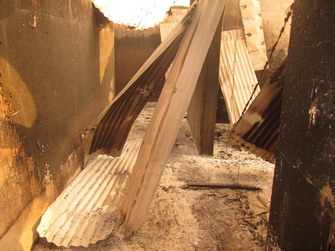 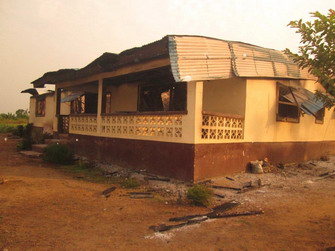 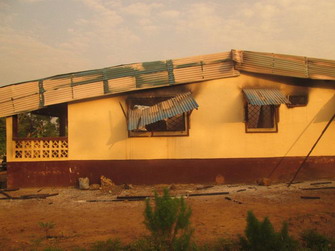 We will have Amos Gibson our Contractor come and do an assessment on the house.  Because so much of it is concrete, we are hoping some parts can be salvaged.  The good news is that no one burned in the fire.

For now they are back at their former place, the one that was very crowded.  Agnes,  Ma Esther’s daughter took charge of that home.  Two of the children went with relatives.  Ma Esther and 13 children are presently with Agnes at the old place.

Some of you have been asking how you can help.   We have a Relief Fund set up for Ma Esther.  Click here TO DONATE  on line or mail your cheques payable to Hope for the Nations  Memo:  Ma Esther Relief Fund

Thank you for your prayers for Ma Esther and her children.  They are very shook up.  I spoke to Ma Esther right after the fire, and all she could do is cry.  Today too she was crying a lot.  We are all encouraging her and trusting God to see her through this hardship.

Just 2 yrs ago they moved in.  See MA ESTHER AND HER CHILDREN ARE IN THEIR NEW HOME

That was such a good Christmas!!